This is an incomplete compilation of known boards used in the NORD-10 series of computers. 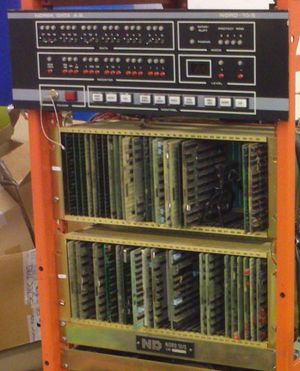 Just as in the NORD-1 computer, the CPU is made up of several different boards. As far as I know there is usually two card frames, the top one contains the main CPU cards while the bottom frame contains memory and I/O boards.

The NORD-10 was constructed in the age of core memory so the first version used core memory. A later development replaced the core memory with solid state memory in the NORD-10/S. Older NORD-10 systems could be upgraded to the newer NORD-10/S model.

Most cards are numbered with a four digit code starting at 1001 and at least going up to 1315 and one card with number 1932.